I have participated in two leadership retreats that were run by Diane and her strategic partners.  The first was a Board retreat at my own school, and the second was a strategic planning retreat I attended at another independent school.  Both were wonderful experiences.  Diane and her team did a great job engaging participants in thoughtful and meaningful discussions that led to new thinking and impressive collaboration.  I highly recommend her inspiring work as an organizational consultant. 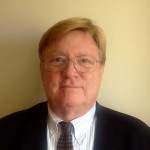 Dr. David Lowry received his BA from Haverford College, and his MA and Ph.D. in clinical psychology from Columbia University.  He served as a consulting psychologist to independent schools in New York City and as the Head of the Lower School at Friends Seminary. Subsequently, Dr. Lowry headed four schools: Brookside/Cranbrook, MI, The Lexington School, KY, St. Edmund’s Academy, PA, and he recently retired after his twelfth year as Head of School at the Elisabeth Morrow School, NJ.

Dr. Lowry’s association board work includes ISAACS, PAPAS and NJAIS where he has led presidential searches, accreditation commissions, and the board itself.  Dr. Lowry has chaired many school accreditation visits.  He has written numerous columns on parenting and school life, several of which have been published in popular magazines.  He currently serves on the board of trustees of two independent schools.   Dr. Lowry is married and has a grown son and daughter. He is currently a member of the NJAIS “Encore Series” of retired Heads.

Most of the shadows of this life are caused by our standing in our own sunshine.
-Ralph Waldo Emerson