Diane’s work on behalf of Project Hospitality has been nothing short of extraordinary!  Working with her strategic partners, Diane analyzed the entire administrative structure of our organization and provided excellent guidance for helping us improve our systems and procedures so that we could better serve our clients.  Each of her leadership retreats have taken us to a new level of leadership sophistication.  Diane is an astute and sensitive organizational consultant.  Her support of the leadership team and of me personally has been in a class by itself.  I cannot recommend Hulse Leadership Development highly enough. 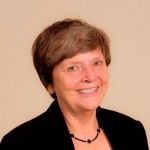 Barbara Egan has served educational institutions for over thirty years. She started as a classroom teacher in the public school system and expanded her skills as a program coordinator and executive director in agencies that serve youth. She has subsequently served in senior leadership positions in independent schools for more than 35 years. Since 2001, Barb has held the position of Vice President of Finance and Administration at Woodward Academy in Georgia. Her other school appointments include The Bush School, Seattle, WA; The Webb Schools (boarding), Claremont CA; and Saint Paul Academy and Summit School, Saint Paul, MN.

Barb received her bachelor’s degree from Miami University (Ohio) in the biological sciences. She has also accumulated significant graduate education in law, business, and education.

Barb is the 2007 recipient of the NBOA (National Business Officer Association) Will J. Hancock Award that recognizes business officers who have made a profound difference in their schools.

In times of change, the learners will inherit the world while the knowers will remain well-prepared for a world that no longer exists.
-Eric Hoffer