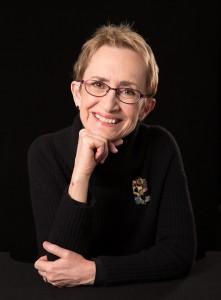 Diane’s background includes more than 35 years as an independent school leader and trustee of numerous school and community organizations.  After completing her third headship, Diane retired in 2012 following a decade of service as the Head of School at Staten Island Academy.  Among her other school leadership affiliations are Friends Seminary, Collegiate School, and Rutgers Preparatory School.  Her board service includes the New York State Association of Independent Schools (NYSAIS), The Guild of Independent Schools of New York City, Boys Schools: An International Coalition, Snug Harbor Cultural Center, Project Hospitality and the Caedmon School.

Diane began organizational consulting in 1979.  Since then, she has chaired numerous accreditation committees and, as a sixteen-year member of the NYSAIS Commission on Accreditation, reviewed the accreditations of every independent school in the State of New York.  She is widely published and quoted nationally for her work on single-sex education and school leadership in publications such as The Staten Island Advance, The New York Times, Education Week, The Washington Post, The Parents League of New York, The Christian Science Monitor, Newsweek, and Family Magazine. Diane holds memberships in numerous professional organizations and has been honored by many community groups.

Diane received her BA from Beloit College, her MA from New York University, and her MS in Organizational Consulting and Executive Coaching from the University of Pennsylvania.  She was a fellow of the Klingenstein Heads of Schools Program at Teachers College, Columbia University.  A complete resume is available upon request.