Diane Hulse did a terrific job with our staff retreat this past summer.  The entire staff was fully engaged throughout the course of the day, and since then, we have applied and built upon the themes she helped us develop.  Diane helped an already strong team become even more connected and thoughtful about the ways we work together. I highly recommend Diane’s work for other non-profit leaders. 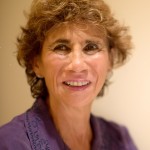 Neen Hunt’s career has spanned many roles:  teacher, Head of School, teacher trainer, researcher, lecturer, tutor, executive coach, and consultant.   In addition, she has held executive leadership positions with several non-profits, including the Albert and Mary Lasker Foundation, the United Nations Association, and the Scripps Research Institute.  She is an experienced Board member, having been elected to the Midori Foundation, the Myelin Repair Foundation, the Public Education Association, the National Health Museum, and the WorldLink Foundation (China).  Additionally, Neen has been on the Board of Advisors for the Global Health Forum of the Aspen Institute and for Research! America.  She is a sought after public speaker about non-profit organizations and has presented at the National Health Museum and the Bill and Melinda Gates Foundation among other venues. She has authored many articles about leadership issues and has been published in Foundation News and Commentary.

Dr. Hunt graduated Phi Beta Kappa, cum laude, from the University of Pennsylvania and earned a Master of Arts in Education and a Doctorate from the Harvard Graduate School of Education. She began her career as an English teacher and has many years of classroom teaching experience in public, independent, and alternative school settings in middle and high schools.  Neen has also taught in the Middle East and in China. She has held key administrative positions with the Philadelphia, Boston, and New York City School systems, designing curriculum, planning new school settings, and conducting research studies.   She has trained teachers and principals at Bank Street College of Education and was an assistant lecturer at Wellesley College and at the Harvard School of Education.

We judge other people by their behavior and ourselves by our intent.
-Steven M.R. Covey